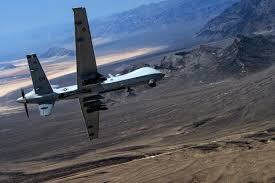 The US military has announced that it launched an airstrike that killed five extremist militants in central Somalia, like reported by alaraby.co.uk.

The US Africa Command confirmed to the Associated Press that the airstrike was near El-Bur.

The US said it assessed that no civilians were killed in the air strike.

Two Somali intelligence officials told AP on Sunday that the airstrike targeted a vehicle carrying senior al-Shababofficials and the dead included a woman. The officials spoke on condition of anonymity for their security.

Al-Shabab officials did not immediately comment on the incident. However, pro-al-Shabab media outlets reported that only two civilians were killed in the airstrike, quoting senior commanders of the militant group.

An al-Shabab attack on an African Union base on Sunday killed dozens of Ugandan peacekeepers deployed in Somalia.

The US has carried out more than a dozen drone strikes against al-Shabab since last year, after the Trump administration approved expanded military efforts against the extremist group.

The US said the latest airstrike, like others, was carried out in cooperation with Somalia’s government.