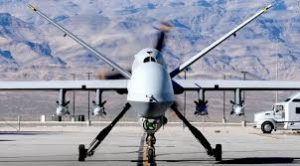 The U.S. military said on Tuesday it had killed nine militants in an air strike in southern Somalia this week during a battle between U.S. and Somali government troops and al Shabaab Islamist fighters, like reported by reuters.com.

The military’s Africa Command (Africom) said the strike was carried out on Oct. 1 approximately 40 km (25 miles) northeast of the city of Kismayo, which is in the south of the country. “We currently assess no civilians were injured or killed in this air strike”, Africom’s statement read.