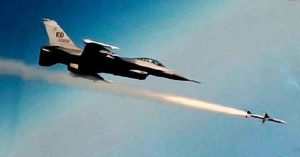 The U.S. military intensified airstrikes in Somalia in the past week, killing at least 17 Al-Shabaab terrorists behind increased deadly attacks in countries including Kenya, like reported by xinhuanet.com.

The U.S. Africa Command (Africom) in two separate statements on Monday said its forces killed four terrorists some 25 kilometers west of Mogadishu on the evening of Dec. 27, destroying one vehicle-borne improvised explosive device, preventing it from being used against the people in Mogadishu.

Africom also said some 13 terrorists were killed on Dec. 24 in southern Somalia as Washington intensifies airstrikes to weed out Al-Shabaab militants in the Horn of Africa nation.

“U.S. forces will continue to use all authorized and appropriate measures to protect the United States, its partners and interests, and deny safe haven to terrorist groups,” it said.

“This includes partnering with AMISOM and Somali National Security Forces (SNSF) in combined counterterrorism operations and targeting terrorists, their training camps, and their safe havens throughout Somalia and the region,” it said.

The Islamist extremists have pledged allegiance to Al-Qaeda and is dedicated to providing safe haven for terrorist attacks throughout the world.

The U.S. forces have carried out a series of drone strikes in recent months in Somalia, targeting Islamist States and Al-Shabaab fighters as the Africa Union peacekeeping mission prepares to exit the country.

Somali and African Union peacekeeping (AMISOM) forces have also intensified military operations against the insurgents, flushing them in their Lower and Middle Shabelle region bases amid an expected recall of 1,000 African Union troops by end of December 2017.