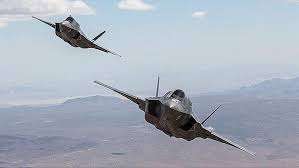 Eight people are said to have died in the strikes, all of whom the U.S. government identified as terrorists “known to play important roles in producing explosives for al-Shabaab, to include vehicle-borne improvised explosive devices” known to target civilians.

AFRICOM said its current assessment is that no civilians were hurt or killed. “We will continue to apply pressure to the al-Shabaab network. They continue to undermine Somali security, and need to be contained and degraded,” U.S. Army Gen. Stephen Townsend, commander of U.S. Africa Command, said in a press release.

Al-Shabaab is said to conduct dozens of VBIED attacks annually across central and southern Somalia, including against civilian, government and U.S. targets. Since 2018 the group has conducted about 45 VBIED attacks in Mogadishu alone.

AFRICOM said these attacks have resulted in the deaths of more than 400 civilians, security forces and government officials.

“This strike should demonstrate to any enemy that we stand by our partners and will vigorously defend both ourselves and our partners during this repositioning and future operations,” said Maj. Gen. Dagvin Anderson, Joint Task Force-Quartz commander.

“We will continue to maintain strong force protection and strike those who seek to harm us or our partners,” Anderson said.

In February, AFRICOM announced it was shifting its strategy to focus on containing al-Qaida and Islamic State affiliates and other militant groups.

Later that month, a U.S. airstrike in Somalia killed an al-Shabab leader suspected of being involved in an attack in Kenya that killed a U.S. service member.

In July, the United States conducted an airstrike in Somalia that killed seven ISIS militants.

But earlier this month, the Trump administration ordered most U.S. troops out of Somalia, which a Defense Department watchdog warned last month could damage gains the country has made against al-Shabab.