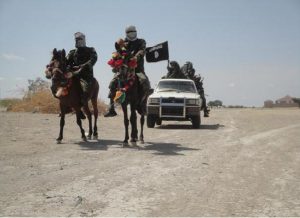 Shabaab, al Qaeda’s branch in East Africa, has claimed a massive improvised explosive device (IED) attack on Somali soldiers near Galgala in the northern semi-autonomous region of Puntland, like reported by longwarjournal.org . The blast left at least eight soldiers dead and many others wounded. Shabaab claimed credit for the ambush on its Radio al Andalus website.

Additionally, Shabaab claimed targeting the Baledogle Airfield in the Lower Shabelle region via its Shahada News Telegram channel. The statement reported that the jihadists fired 35 mortars at the base, which allegedly landed inside. The airfield is used as a base for the Somali military, African Union forces, and reportedly American troops. Shabaab was quick to include this information in its statement by saying it specifically targeted Americans inside the base.

However, no Somali officials, the African Union, or any US officials have commented on any attack or shelling on the base. Shabaab often claims targeting American military forces in Somalia, but these attacks often go without any comment from US officials. This will likely increase as the US military has been granted approval by President Donald Trump to target Shabaab with “additional precision fires.”