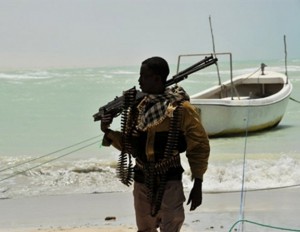 Four Iranian fishermen have been rescued by local security forces in Somalia, according to a security official in central Somalia’s Galgadud region.

“Two of the kidnappers were arrested during the raid on a house where they held the victims,” he said.

In May, Iran’s ports and maritime organization rejected reports about the capture of 15 Iranian sailors by Somalia’s Al-Shabaab armed group.

Hadi Haghshenas, deputy director of the organization said that the report is not true and no official body in Somali has confirmed it. However, Asghar Mohammadpour, an official with the Shipping Lines of the Islamic Republic had earlier confirmed the report.

In a bid to protect the country’s cargo ships and oil tankers against pirates, the Iranian Navy has dispatched several flotillas of warships to the high seas.

The Iranian Navy has been conducting anti-piracy patrols in the Gulf of Aden since November 2008, when Somali raiders hijacked the Iranian-chartered cargo ship, MV Delight, off the coast of Yemen.