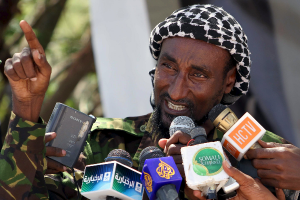 Somalia announced a reward of $100,000 to anyone with a report leading to his arrest or death.

He is said to be the mastermind of the Garissa University College attack in which 147 students were killed.

The list is topped by Ahmad Ubaidah, the al Shabaab leader, for whom there is the maximum $250,000 reward.

This bounty on Gamadere is expected to boost efforts to arrest or kill him.

He is said to be hiding in the Gedo region of Somalia after the Garissa attack.

Intelligence reports indicate he is in charge of operations against Kenya.