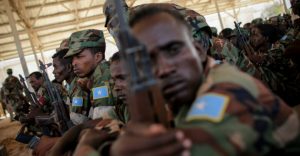 Somalia’s national army retook the strategic town of Mataban from the al-Qaeda-affiliated al-Shabaab terrorist group, like reported by aa.com.tr.

Mataban, located 405 kilometers (about 252 miles) from the capital Mogadishu, was seized by al-Shabaab earlier in the day after forces in Galmudug state reportedly left the town undefended.

Military officials who spoke to Anadolu Agency confirmed that the army had recaptured the town Monday afternoon.

“The army was mobilized after the terrorists captured the town today, and now it is under our control,” said one official, who declined to be named.

Mohamed Deeq, a journalist in Galmudug, and residents of nearby villages told Anadolu Agency by phone that a fierce firefight between the Somali military and al-Shabaab took place 10 kilometers (6.2 miles) outside Mataban.

Casualties from the fighting are not yet known.

Meanwhile, paramilitary forces in South West State claimed they had liberated seven villages outside its capital city Baidoa on Monday.

Ilyaas Ali Nour, a senior military official who was leading the operation, told the media that they liberated Eldoon, Yaaqle, Seydheelow, Ayroble, Nibka-saar, Maguurto and Asha Gaabo, all located on the outskirts of Baidoa, which is located 243 kilometers (150 miles) southwest of Mogadishu.

“Mataban is now under the control of @SNAForce thanks to our heroes always,” Jihan Abdullahi Hassan, a senior adviser to the president of Hirshabelle state, said on Twitter