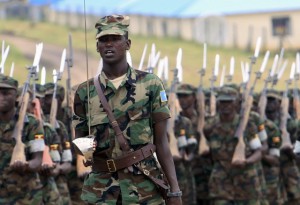 A high-level Partnership Forum on Somalia has stressed the need for additional resources for the war-ravaged country to enable it to effectively deal with Al-Shabaab threats.

The team says more resources will ensure delivery of a victory plan for Somalia’s federal government as it forges ahead with its stabilisation efforts.

The African Union (AU) Special Representative to Somalia, Ambassador Maman Sidikou, says the funding will ensure delivery of a victory plan for the Federal Government as it forges ahead.

Ambassador Sidikou described the two-day meeting here as testimony to the progress made in securing the country.

The was co-hosted by the President of Federal Government of Somalia, Hassan Sheikh Mohamoud, and the Special representative of the United Nation Secretary-General to Somalia, Nicholas Kay.