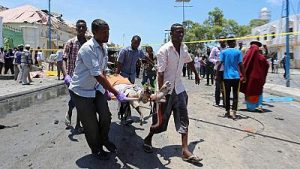 Mortar shells fired into homes in the Somali capital of Mogadishu has killed three people and wounded five, police and ambulance services said on Friday, a day after the government changed heads of security agencies, like reported by  reuters.com.

The mortars landed on Wadajir district. The homes are in the vicinity of Mogadishu airport.

“We have carried three dead women and five others injured, including a woman and children. Mortars landed on their home today,” Abdikadir Abdirahman, the director of Amin ambulance services, told Reuters on Friday.