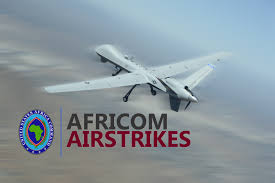 The U.S. military on Thursday announced the latest of several deadly airstrikes this week against al-Shabab extremists in Somalia as it targets a region well north of where the al-Qaida-linked fighters control large parts of the country, like reported by stripes.com.

The U.S. Africa Command statement said two new strikes killed six fighters and destroyed a weapons cache on Wednesday near Harardere. That al-Shabab-controlled community last month was targeted by the deadliest U.S. airstrike in almost a year, with dozens of extremists killed.

The U.S. has now carried out 35 airstrikes this year against al-Shabab, Africa’s deadliest Islamic extremist group, which continues to stage deadly attacks in the capital, Mogadishu, and other cities.