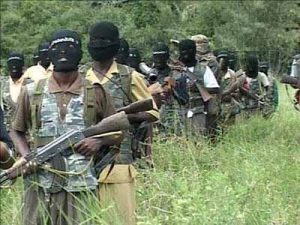 The Somalia-based Al Shabab claims that its escalation of deadly attacks is in “doubled response” to President Donald Trump’s approval of expanded US military efforts against it, an organisation that monitors extremist groups says, like reported by gulftoday.ae.

Shabab’s statements come after Somalia’s new military chief survived a suicide car bomb attack on Sunday following his swearing-in with a mandate to launch a new offensive against the extremists.

A day later, a suicide bombing at a military academy in the capital, Mogadishu, killed at least five soldiers.

The attacks also are in response to President Mohamed Abdullahi Mohamed’s declaration last week of the new offensive against the extremists, Shabab said.

The Somali-American president has declared the long-chaotic country a war zone.

Shabab has denounced Somalia’s new leader as an “apostate” and vowed to further destabilize the country.