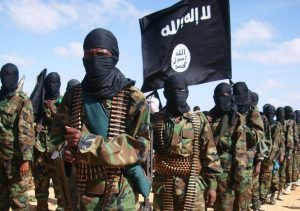 A prominent Somali imam and 17 worshippers have been killed by extremists in the northern city of Galkayo after playing music as part of their religious ceremonies, police have said according to independent.co.uk.

At least 20 others were injured, he said.

Somali security forces rushed to the scene, leading to exchanges of heavy gunfire in the building.

Somalia‘s extremist rebels, al-Shabab, have claimed responsibility for the attack.

Sheikh Elmi has hundreds of followers, but had generated controversy after publishing videos showing him and his followers chanting religious poems with music, which some extremists say is not Islamic.

The imam had defended his actions, saying music is not contrary to Islamic teachings.