You are here: Home / Africa / Somalia: eight al-Shabab militants killed in US airstrike 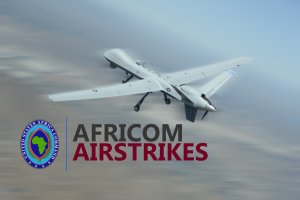 The strike against al-Shabab militants about 30 miles northwest of the coastal city Kismayo also destroyed a vehicle, according to an AFRICOM statement.

The strike was the United States’ 33rd in Somalia in 2017, primarily targeting al-Shabab fighters as well as a small contingent of Islamic State-linked militants. It marks a dramatic increase over the 14 airstrikes that U.S. forces conducted in the east African nation in 2016, which marked the busiest year for the U.S. military during former President Barack Obama’s administration.

“U.S forces will continue to use all authorized and appropriate measure to protect U.S. citizens and to disable terrorist threats,” according to the AFRICOM statement.

President Donald Trump in April expanded AFRICOM’s authorities to conduct strikes in Somalia. In recent months, the United States has also increased its force strength in the nation, where it now has roughly 500 troops, the most its deployed there since the early 1990s.

No civilians were killed in the strike Friday, according to AFRICOM.

The Naval Criminal Investigation Service, at AFRICOM’s request, is probing an Aug. 25 raid in Somalia in which U.S. troops are accused of killing civilians alongside Somali forces. AFRICOM officials have denied civilians were killed in that raid, contending a review by Special Operations Command Africa earlier this year concluded only armed combatants were killed in the operation.