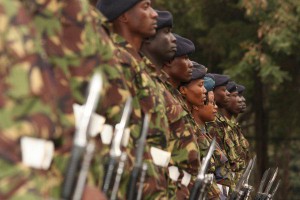 “This has gone to further incapacitate the insurgent group’s ability to cause terror to Somalia citizens and those in neighbouring countries,” a Kenyan security official said.

Amisom troops from Kenya, Uganda, Ethiopia, Sierra Leone, Burundi and Djibouti have been pushing the Salafist jihadists of the Harakat al Shabaab al-Mujahideen out of territories they have been controlling for years.

Ten al Shabaab senior commanders are among those killed this month.

Amisom scaled up operations against the militia and made significant gains throughout August.