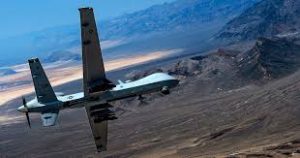 A senior commander in the East Africa-based militant group Al Shabaab has been killed by a US air strike in Somalia, state radio reported.

In 2008, the United States issued a $5 million reward for information on the whereabouts of Bashir Mohamed Qorgab.

Qorgab’s family confirmed his death, though the US, which regularly carries out air strikes on the African country, is yet to comment.

Qorgab was killed on February 22 in the southern Somali town of Sakow, following a joint operation by the Somali army and US military, state radio said. His wife was also killed, the radio reported, which didn’t specify why the news of the killings was delayed until now.

US AFRICOM said in a statement that Qorgab was the commander in charge of “planning and directing operations” in the Manda Airfield attack on January 5 in Kenya, which killed three US nationals.

His wife was also an active Al Shabaab member, US AFRICOM said.

Qorgab had been designated by the US for his links to the terror group. As of 2008, he was one of the approximately 10 members on Al Shabaab’s leadership council.

On Saturday, American drones hit Al Shabaab members for the fourth time in just over a week, with the latest strike hitting four suspected terrorists.