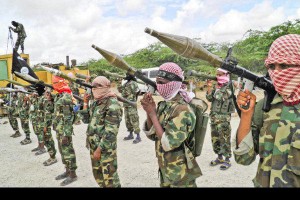 Al Shabaab militants have set up permanent bases in the vast Boni Forest, where they live with their families, the Star has learnt.

The militants and their wives and children hunt game for food and use water from several rivers in the forest.

The disclosure came a day after militants ambushed a police van in Lamu, killing five people, including officers, with an improvised explosive device, and escaped.

The attack has also been linked to one of the suspects currently in court, Khalid Mohamed Ali, with the government implying that it was carried out with the sole intention of killing a number of witnesses in another criminal case against al Shabaab suspects.

In one of the documents filed in court, senior prosecution counsel at the Directorate of Public Prosecutions Daniel Wamotsa says a number of incidents on May 13 offered them new and compelling evidence that the terror gang is still within Boni Forest, where Mohamed was accused of offering supplies.

After the multiple attacks in different parts of Lamu, the militants retreat to their ‘bases’, which are inaccessible to the Kenya Defence Forces and other security personnel.

The militants have been taking advantage of the assumption that, after the attacks, they usually sneak back into Somalia through the dense forest.

The over 160km-wide forest has been home and a source of livelihood for centuries for the Boni, who are hunter-gatherers.

The forest borders the Indian Ocean and stretches all the way to the Kenya-Somalia border in Lamu and onward to Hulugho in Garissa.

Due to the sizeable population of the Boni community, the forest has been and remains densely populated, with not less than 600 households in each of the three locations – Hindi, Basuba and Witu.

The Boni and the Wasanye communities have been in the forest for years and have attached cultural and social links with it, making it difficult for them to leave.

There is a shrine in a part of the forest in the vicinity of which they believe, when attacked by enemies, that they vanish into thin air or turn into animals, making it difficult for them to be detected.

The forest is also used as a training ground for both old and new recruits.

It is said that about 300 militiamen and their families reside in a secluded part of the forest (about 70km deep).

According to a senior administrator in Lamu East, the militia conduct a terror attack, flee back into the safety of the forest and give security units the impression that they have already crossed back into Somalia.

The surrounding Boni community is aware of al Shabaab’s presence and many hunters and gatherers have opted to keep away for fear of being shot by the militants or KDF.

The forest is surrounded by three KDF camps – one located between Milimani and Basuba, another on a border strip separating Kiunga and Ijara and the major military camp in Bargoni.

The administrator said that, given the vast forest, only the native Boni can identify habitable and uninhabitable locations in the jungle.

“We used to hold prayers and ceremonies at certain locations in this forest, something we no longer do after we discovered that the militia had decided to settle here and commit crimes. But we know this forest better that any top trained army or police commander,” said the administrator.