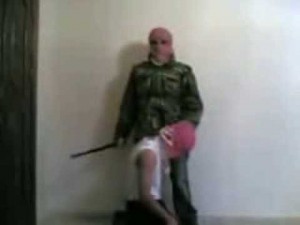 Militants have beheaded eight Somali village elders and killed at least seven other people during fighting spurred by a dispute over payment of a tax, a villager and a local official said on Wednesday.

Villagers in the semi-autonomous region of Galmadug in central Somalia also killed 10 militants during three days of fighting, the villager said, adding that Somali authorities had provided no help or support.

“Al Shabaab ordered us to pay dozens of animals for tax and we rejected this – that is how the fighting started. We killed 10 militants on the first day,” local elder Nur Abdullahi said. “So Al Shabaab came from every region and fiercely attacked us in five villages. They beheaded eight elders and shot dead seven others on Monday and Tuesday.”

“They cut off the phones. We ran out of bullets, food and water. We have fled into the jungle and neither (forces from) Galmudug nor the federal government is helping us. They (the militants) took our borehole machine, a herd of camel and burnt two of our villages,” he said.

The insurgents could not be immediately reached for comment, but a local official largely confirmed Abdullahi’s account of the incident.

“The people are suffering from drought and rejected the zakat imposed by the militants. Some elders were beheaded,” Abdi Hussein Mohamed, deputy governor of the Mudug region in Galmudug, said on Wednesday.

“Shabaab also burnt two villages and thousands of families fled. The area is 300km away from us and we cannot help them because we are engaged in the election. The federal government has not saved the civilians.”