You are here: Home / Africa / Somalia: 6 killed in Al-Shabaab attack on military base 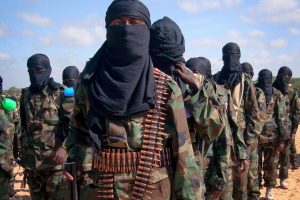 Al-Shabaab overpowered the military base in Balad district, southern Somalia, seizing weapons and ammunition. Somali soldiers guarding the barracks fled guarding positions as Al-Shabaab launched the attacked at dawn. There is no confirmation or reports on civilian casualties.

Al-Shabaab has claimed responsibility for the attack.

The African Mission in Somalia (AMISOM) has been signed off by the United Nations to counter the threat of Al-Shabaab. The Somali national army are additionally receiving assistance by the United States to conduct counter-terrorism operations against Al-Shabaab.

Somalia has faced internal conflict with the armed group Al-Shabaab, who are affiliated with Al-Qaeda, for over 10 years. Al-Shabaab aims to implement a strict version of Islamic law across the country forcefully, regularly conducting raids and suicide attacks using improvised explosive devices.