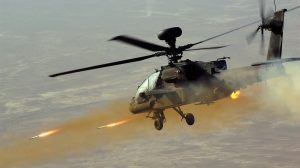 Thirteen al-Shabab militants were killed in an apparent joint attack by U.S. and Somali government forces near Kismayo, a Somali official said according to voanews.com.

The statement said the units and assets involved would not be identified to ensure operational security.

However, a Somali military source said U.S. helicopters carried Somali special forces to the site of the attack, about 500 kilometers south of Mogadishu, and fired on the militants during the battle.

The deputy commander of Somalia’s national security agency in the Lower Jubba region, Ahmed Abdullahi Issa, said Somali forces launched the attack after learning that the militants were planning to attack their base.

“They were about 100 militias who were gathering in a jungle area, and we targeted them,” he told journalists. “We foiled their attack. We killed 13 and wounded 10 others.”

Authorities displayed the bodies of the dead militants Wednesday in Kismayo.

Local security sources told VOA Somali that al-Shabab militants had attacked the Somali military base first but had been repelled. After driving back the militants, government forces called for reinforcements and attacked the militants’ hideout, sources said.

A contingent of U.S. advisers based in Somalia has been helping to train Somali army troops.

Meanwhile, at least two Kenyan police officers were killed and seven others were missing after an attack on a police outpost in Pandanguo, Lamu county, near Kenya’s border with Somalia.

Al-Shabab militants claimed responsibility for the attack and said they had “overrun” the outpost.

Somali government forces and African Union troops are trying to diminish al-Shabab’s capabilities ahead of the AU mission’s withdrawal from Somalia, scheduled to begin next year.

“We have mobilized our military, men and women in the uniform who are doing an outstanding job, and I think we have already made progress,” he said from Addis Ababa, where he was attending an African Union summit.

Asked how the government was dealing with al-Shabab, Khaire said, “We are going to do what we are doing. We are fighting them every day. … We are very serious.”

Despite all the security challenges, Khaire said lack of resources was the main challenge facing his government.

“Without security you cannot create jobs, you cannot grow the economy, you cannot build the morale of the people, you cannot develop a nation — but lack of resources is the biggest issue that Somalia faces,” he said.

The report urged the government to increase its revenue from sources other than customs duties collected at Mogadishu’s main airport and seaport.