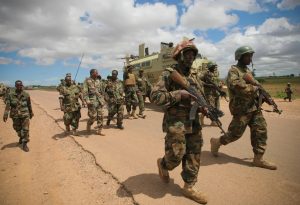 The Somali National Army said it had killed at least 25 members of the al-Qaeda-affiliated terrorist group al-Shabaab and wounded dozens in an operation in the country’s southwest, like reported by aa.com.tr.

The operation, which took place near the town of Barire in the Lower Shabelle province, was carried out by Gorgor (eagle) special commandos who were trained by the Turkish military under bilateral security cooperation.

“The operation came after the army got an intelligence report that the terrorist fighters were regrouping in the area,” the Somali National News Agency reported on Monday.

Bariire is a small strategic agricultural town located 74 kilometers (45 miles) southwest of the capital Mogadishu which was recently liberated from al-Shabaab by a major military offensive.

On Sunday, the Somali National Army and forces from the country’s Galmudug region repulsed an attack by al-Shabaab, killing at least 21 of its members.

The firefight took place in the town of Adakibir in the country’s Galgadud region and also killed four military personnel, including a senior commander.