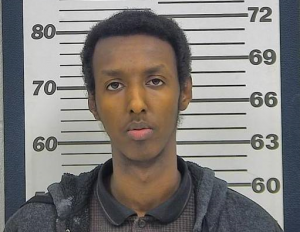 A Somali migrant and Dutch national living in the UK discussed killing Her Majesty The Queen with a fellow Islamic State jihadist supporter, a court has heard, according to breitbart.com

Aweys Shikhey also allegedly fanaticised about shooting Jewish people near his home in London and attacking Tottenham Hotspur football club with Kenya-based Somalian Abdirahman Idrissa Hassan in conversations dating back to May 31st, 2016.

“It is good to shoot them live,” Mr. Shikhey allegedly said in a chilling message, Court News reports, as well as discussing details of the plot including weapons and ammunition.

“May God bestow you in killing [former Prime Minister] David Cameron and the old woman [Queen] Elizabeth,” Mr. Hassan is claimed to have replied to Mr. Shikhey in another message.

The London-based terror suspect has a Somalian wife and children living in Holland and is accused of plotting to join jihadi fighters in Syria. Officers apprehended him at London’s Stansted Airport before boarding a flight to Turkey on May 23rd, 2017.

His father-in-law and former employer runs an Internet shop in North London but denies knowledge of the alleged terrorist plots.

Mr. Shikhey denies one charge of preparing for acts of terrorism, but prosecutor Barnaby Jameson described him as “a terrorist hiding in plain sight,” adding: “The defendant, you will hear, was a secret and indeed eager supporter of Islamic State.”

The suspect is also reported to have written: “I do not have anything as long as I am in a disbeliever country. This is my first job and I will migrate for the sake of God. I am not coming back to this dirty people [sic], God Willing.”

The prosecution detailed how Mr. Shikhey applied for a series of loans to “obtain as much money as possible to leave the country forever” and possibly leave his family behind.

The UK’s terror threat level remains at severe and a former MI5 boss has warned that Islamist terrorist will pose a danger to the nation for another three decades.