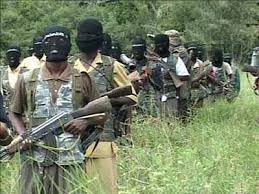 The Kenyan Red Cross said in a post on Twitter that two police officers had been killed and two others injured, while a Kenyan police spokesman said he was unaware of the attack.

“Security has been beefed up in the region. Tension remains high,” the Red Cross said.

The statement made no mention of police.

Al Shabaab, which seeks to overthrow Somalia’s Western-backed government and impose a strict version of Sharia law, has carried out regular assaults in neighboring Kenya in retaliation for Kenya contributing troops to an African Union peacekeeping force in Somalia.

The attack in Mandera County came two days after al Shabaab, which has links to al-Qaida, targeted two Kenyan security vehicles in Lamu County, killing at least one police officer.