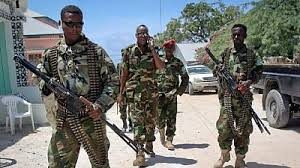 The Somali Special Forces killed 20 al Shabaab militants in the country’s southern region of Lower Shebelle on Tuesday, a military officer said according to theeastafrican.co.ke.

Ismail Abdi Malik, commander of the 16th Unit of Somali Special Forces, told journalists that “our forces have taken control of many villages during the operation, such as Mordinle, Bula Maskin, Faqayle, Bula Bashir and we inflicted heavy casualties on the militants, killing 20 of them during the offensive.”

He added that the army will maintain operations until it drives the militants out of the whole region. Residents said there was an intense confrontation between the army and the militants.