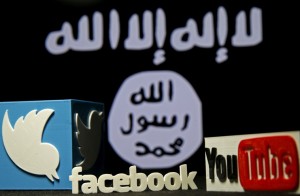 2017 was just a few minutes old when innocent civilians from around the world found themselves caught up in a vicious terrorist attack at Istanbul′s famous nightclub and restaurant, Reina, like reported by qantara.de. Unsurprisingly, most of the victims were of Arab descent, from Palestine, Lebanon, Saudi Arabia, Jordan, Tunisia, Kuwait and Iraq.

Over the past five years, Muslims have been the victims of between 82-97% of terrorism-related attacks. Muslims in Muslim-majority countries have been targeted more than anyone else by IS, al-Qaida and other groups engaged in sectarian slaughter throughout the world. Indeed they are the primary victims and targets for these terrorist attacks.

The psychology of religious-based terrorism and “takfirism” – apostasy – originates from the belief that those who follow a different path are non-believers and must be terminated. This philosophy also includes those who deviate from even the most minor points of Islamic tradition.

An interview conducted with the Saudi terrorist Khalid Al-Mawlid in 2013 is a perfect example. In it, he is heard revelling in minutiae relating to the Prophet Muhammad′s tomb with which he impeaches millions of Muslims, his interviewer among them. According to Al-Mawlid′s understanding of Islam, the Prophet Muhammad′s tomb must be demolished. Those who agree to keep it in its current state are apostate: they either need to repent or die – at the hands of true believers, naturally. It was this irrelevance which prompted him to engage in terrorist activities in Somalia, Afghanistan and Pakistan.

For every terrorist attack taking place in Europe, the evolving social media divide people into two camps: those who justify such attacks and defend them, using all forms of available religious and hidebound tools; and those who denounce such attacks and consistently try to explain the misuse and manipulation of religion.

At the same time an invisible battle is also taking place on social media between Muslim and Arab activists and intellectuals who condemn terrorism and all forms of religious extremism on the one hand and a minority of non-representative, barely articulate Muslim groups who misuse Islam and its narratives to justify such terrorist acts on the other.

This battle is ferocious, especially for those who work and live in western countries and economically developed Arab societies such as the UAE. The ability to combat terrorism with intellectualism or to influence ideologies that pave the path for extremism is an extremely laborious, challenging, not to mention unprecedented task.

Many Muslims, Arab intellectuals and activists are currently fully embedded in this battle and will continue to be (either individually or through NGOs) for an unspecified length of time.

Another complication is that many of the extremist groups were actually founded and reside in the West. The events which followed the Istanbul′s nightclub terrorist attack clearly illustrate this. Instead of condemnations, social media were full of allegations posted by the extremist groups; the latter effectively suceeded in hijacking the discussion. What began as an outpouring of grief following the attack became a debate as to whether it was ethically acceptable for the victims to be in such a place (nightclub: den of ill-repute) in the first place.

The deep differences observed between social media users reflects the severity of the social and intellectual chasm that currently divides the Arab region. This latest terrorist attack has uncovered just how urgently we need to acquire a deeper understanding of extremism and extremist groups if progress is to be made in quelling their activities.

I would urge western and some Arab countries (such as the UAE and other Gulf countries) to exercise harsh and stringent measures against religious extremists who believe in and encourage the slaughter of others based on their lifestyles and ideologies.

To live in an economically and socially developed country and applaud the killing of innocent people because they were in a nightclub is simply unacceptable. Such views, perceptions and beliefs merely feed the flames of IS and others.

A failure to condemn those who share such perceptions and ideas means you are sitting on a time bomb. Such people do not deserve to enjoy the economic prosperity, social equality and justice offered by civilised countries. These commodities are a luxury that they should not be able to afford, given the fact that they actively support the murder of innocent individuals and encourage extremism and terrorism guided by their religious ′morals′.

As long as official efforts are not adequately enforced, the many attempts by activists and intellectuals throughout the Muslim world to counteract extremism – online, lobbying, demonstrating and the like – will remain insufficient.

A stronger political will coupled with educational, civil society and means-tested programmes is crucial if we are to counteract the scourge of Islamic misinterpretation and defend what is intrinsically a religion of peace.