You are here: Home / Senza categoria / Six steps to building an ISIS strategy 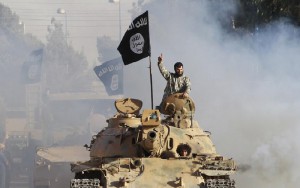 More than four years into the war in Syria, the U.S. still has no credible plan to defeat ISIS. It doesn’t help that the players in Syria seem to change every few weeks or that each newcomer has his own list of allies and enemies. But America needs an ISIS strategy–and these steps offer a starting point.

1. The U.S. should continue targeted air strikes against ISIS, but under no circumstances should it lead the military campaign in Syria. As in Libya, lead from behind, following Europe’s more pragmatic approach. But with ISIS, unlike Libya, don’t leave a power vacuum. Focus on ISIS and leave Bashar Assad where he is–at least for now.

2. The U.S. should help establish clear no-fly zones around Syria. This has less to do with ISIS than with reducing the risk of another “incident” between Russia and Turkey–or the U.S. The players in this conflict zone have their own agendas. Even if those agendas can’t be perfectly aligned, steps should be taken to ensure they don’t collide.

3. Intensify efforts to track ISIS funding. That means working with the hacker collective Anonymous, the latest group to join the war on ISIS. If Anonymous is willing to work with governments to attack ISIS’s ability to raise cash, draw recruits and hide its plans, seize the opportunity.

4. Organize moderate Muslim leaders to find a sustainable solution in Syria. Regional heavyweights like Turkey and Egypt will have their say, but Indonesia, Malaysia and Nigeria can also help.

5. America needs to get the Gulf states in the game. Saudi complacency has allowed ISIS to become the best-equipped and -funded terrorist group in history. The time for official tolerance in these countries for the funding of radicalism has passed.

6. Use financial incentives and political pressure to ensure that Iraq’s Sunnis have a stake in their country’s future by establishing their place within the leadership in Baghdad. Shi’ite militia groups and the Shi’ite-dominated Iraqi army will never fight to the death for Sunni cities. Until Sunni tribal leaders and those who follow them turn on ISIS, the group can’t be fully dismantled.

These steps alone won’t destroy ISIS. But short of Western boots in another Middle Eastern country, they are the best options.