You are here: Home / Europe / Six Russian soldiers killed in Chechnya base attack 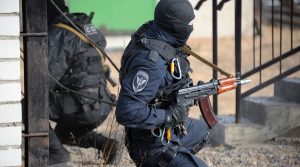 Russia said on Friday that six of its soldiers had been killed while successfully repelling a militant assault on a military facility in Chechnya, according to reuters.com.

The National Guard of Russia said in a statement that a group of what it called “armed bandits” had launched an attack under the cover of fog in the early hours of Friday morning on an unnamed military facility.

It said a gun battle had ensued and that a number of Russian troops had been wounded in addition to the six who had been killed. It said six of the attackers had also been killed.

Moscow has fought two wars with separatists in the mainly Muslim internal republic since the 1991 Soviet collapse, but such shoot-outs have become relatively rare in Chechnya.