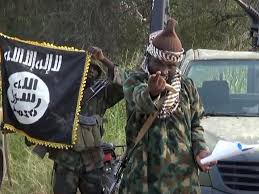 In the last 10 years, an estimated six million Nigerians have fled their homes for fear of extermination, abduction, and other forms of treatments by the Boko Haram group in Nigeria, a recent report has revealed, according to guardian.ng.

The report, titled, ‘Managing Internal Displacement Crisis in Nigeria: Toward Global Best Practices in Guaranteeing the Rights of Internally Displaced Persons (IDPs) through the Media’, was published by Journalists for Christ with support from the World Association for Christian Communication (WACC) and the Waldensian Church’s Otto Per Mille.

The research, which is a follow –up of an earlier project titled, ‘Monitoring Media Reportage and Portrayal of Internally Displaced Persons (IDPs): Cases studies of Nigeria, Democratic Republic of Congo and Kenya’, stated that in the Northeast alone, the decade-long attacks by the group have displaced over 1.8 million people.

According to the study, the Internally Displacement Monitoring Centre (IDMC) estimates the total number of IDPs in the country between January and December 2018 to be above two million with Borno State alone accounting for 1.4 million of that figure.

The report said about 2, 000 new IDPs in the first half of 2019 were displaced by a natural disasters, namely flooding, while violent conflicts were responsible for more than 140, 000 cases within the same period.

IDPs in over 80 camps and camp-like locations are reported to be made up of an estimated 53 to 54 per cent women, 46 to 47 per cent men while 56 per cent are said to be children compared to adults that make up 44 per cent.

The report said only a sizeable number of IDPs conservatively estimated to be over 2.5 million are living within the camps.

A large population of IDPs, according to the report, may continue to pose daunting challenges for the country due to unresolved conflicts over resources, most especially, land making reference to the frequency of clashes over cattle grazing as well as other land-related volatile disputes across communities.

The study also identified the proliferation of small arms and light weapons (SALWs) as critical factors associated with high propensity of deepening violent conflicts with potential for displacement of the population.

The group said the proliferation of SALWs in the country has led to a growing number of private armies with a heighten tempo of armed violence orchestrated by inter-ethnic militancy as well as worsening criminalities by armed gangs.

“There are strong indications that violent communal conflicts and forced displacements will continue unless the proliferation of SALWs is curtailed. There is a growing concern that the population of IDPs in the country may continue to pose management challenges if deadly conflicts heighten, considering the mixed bags of militia groups with access to SALWs to prosecute grievance against targeted enemies and as a form of rebellion against the Nigerian State,” the report said.

The group said though the camps remain the only source of immediate succour for victims of communal related violence, virtually all of them are inadequate with basic facilities to make life meaningful for the victims.

Beyond serving as makeshift shelters, survival in these camps has become a nightmare for most IDPs due to acute shortfall in provisions of basic amenities and household essentials worsened by poor management of available resources, corruption, and human rights abuse, it was revealed in the report, which also examined other issues on the crisis of internal displacement in Nigeria, underling factors triggering forced displaced, the dilemma of prolonging conflicts and insecurity.

It focused on lack of robust institutions and structures for emergency response and the failure of the existing management system to protect the rights of displaced citizens and ensure the dignity of IDPs, as well as, explored global best practices in relation to international instruments of the United Nations (UN) and regional treaties.

The report showed global best practices in the management of IDPs as an expression of the rights and privileges recognised and guaranteed by international and regional statutes to which Nigeria is a signatory.

The study revealed that the UN Guiding Principles on IDPs, the Kampala Convention on the rights of IDPs and the International Humanitarian Law are some of the statutes that underline best practices that the country should strengthen to guarantee the rights and dignity of IDPs as citizens.

It also stressed the need to strengthen legislative and institutional frameworks with a commitment to enforcing global best practices in line with international standards to ensure greater sense of responsibility and accountability amongst actors concerned with the management of IDPs in the country.

It also underlined the need for the legislative and institutional framework to consider prioritising the compelling need for rehabilitation and resettlement of IDPs and to guarantee livelihoods as well as freedom of any form of inhibition to the expression of the rights of IDPs to be part of the decisions leading to voluntary and safe return to their homes.

The study proffered action plans for the media, civil society groups, ministries, and international partners. Among other things, it urged the media to prioritise support for journalists to encourage investigation and reporting of IDPs, highlights reports on the state of hygiene, sanitation, and the conditions of inmates; underlines legislative and institutional gaps requiring the attention of institutions of democracy and political functionaries.

The report charged the civil society groups to demand improved transparency of public accountability of funds allocated or donated for the management of IDPs, while urging the Federal Ministry of Humanitarian Affairs, Disaster Management and Social Development (FMHDSD) to undertake the task of ensuring credible national database for IDPs in the country and collaborate with stakeholders to develop the template for a credible national database.

The study advised international partners to work closely with the country non-state actors to improve the management of IDPs, put pressure, and task the Nigerian government to account on abuses of IDPs by security agencies, and prioritise funding of empowerment programmes and provision of support items such as start-up kits to sustain livelihoods.

While handing copies of the report over to Acting Editor of The Guardian, Mr. Alabi Williams, a member of Journalists for Christ, Gbenga Oshinaike, said the group in an international outreach operating for 22 years that comprises Christian journalists. He said the report is about managing internal displacement in the country and create awareness on how the crisis camps could be managed.

Another member, Harrison Edobor, urged the media to amplify their reports on the plights of IDPs.

He also urged the Federal Government to come up with frameworks to help make laws that would safeguard the rights of IDPs so that they could be reintegrated into the society. He hoped the report would put the government on her toes to take responsibility to cater to displaced citizens within the country.