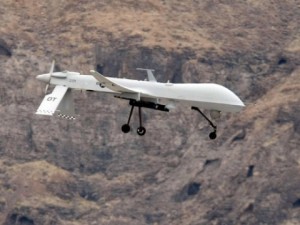 Six militants were killed on Sunday in a US drone strike in Afghanistan’s Nangarhar province, on the border with Pakistan.

The drone reportedly fired missiles on a vehicle carrying suspected militants in Chaknawr near Nalpura.

“The militants belonged to Mohmand Agency,” a source said.

Earlier this month, former Tehreek-e-Taliban Pakistan (TTP) spokesman Shahidullah Shahid was killed in a US drone strike in the eastern Afghan province of Nangarhar.

One of the most-recognisable faces in the ranks of the banned TTP, Shahid had declared allegiance to the Islamic State, also known by its Arabic acronym Da’ish, with several top leaders last year. He was appointed the spokesman for Da’ish Khorasan region, which includes Pakistan and Afghanistan.

No one tracks drone strikes in Afghanistan – many of them take place in remote regions and are not reported – but Taliban commanders say that fighters there are being increasingly targeted since late last year.