You are here: Home / Africa / Six killed in Islamist ambush in Northern Mali 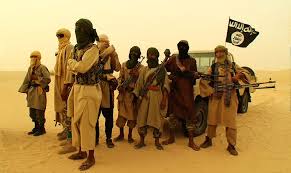 At least six people were killed in the Timbuktu region of northern Mali in an attack blamed on Islamist fighters, the UN and local sources said.

“The Islamists first laid a mine. A civilian vehicle exploded on the mine,” a security source said.

Two other civilian vehicles arrived and were damaged before “the Islamists came out from their hiding place to fire on the civilians,” the source added.

“At least six civilians are dead, burned or killed by gunfire, after an attack by Islamists” near Gossi, southeast of Timbuktu, said a local source.

Three lorries employed on behalf of MINUSMA, the UN peacekeeping mission in Mali, arrived at the scene and were set on fire by the Islamist fighters, the security source added.

A local resident, who was not identified, also confirmed the attack to AFP and said it took place in the village of Tassgilat.

He said he had seen “burnt bodies”. “The Islamists also killed people. I saw the fire,” he said, adding that Malian soldiers later arrived at the site after the Islamist fighters had left.

Northern Mali fell in March-April 2012 to Al-Qaeda-linked jihadist groups long concentrated in the area before being ousted by an ongoing French-led military operation launched in January 2013.

Despite the signing in June of a peace deal between Tuareg-led rebels and the government, large swathes of Mali remain beyond the control of government and foreign forces.