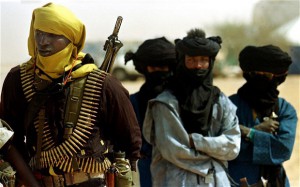 A United Nations (UN) Spokesperson says its mission to Mali had no reason to believe UN staff should not have frequented the hotel attacked by militants on Friday.

At least 13 people died in the attack on the Byblos Hotel in the town of Sevare, about 600 km north west of the capital Bamako.

Among the dead is South African Roelof Janse van Rensburg who was associated with the UN mission MINUSMA.

Pictures tell a story of an intense firefight at the Byblos Hotel in Sevare that would leave more than a dozen dead. Militants laying siege to the hotel, popular among foreigners working in the country.

Ban Ki-moon’s spokesperson, Stephane Dujarric, says the situation in Mali remains highly volatile. “Different duty stations have different guidelines, obviously as a matter of course especially when you operate outside the capital there are hotels that are considered acceptable and others that are not acceptable, I have no reason to believe and I have not been told the Byblos hotel was a place where people should not have been staying.”

The UN mission has offered support to Malian authorities in their investigation in which four Malian soldiers and eight others were wounded. The UN is increasingly targeted by extremist groups.

“The situation in Mali is highly volatile, we’ve seen an increase over the past months of terrorist attacks, so I think the security protocols themselves as far as I know were followed but this just underscores the volatility of the situation and the kind of attacks that the UN is being targeted for.”

Dujarric would not be drawn on details regarding any changes in security protocols for staff in the country. “I’m not going to talk from here about what our security colleagues in Mali have decided. They will take the precautions they need to take. The overall peacekeeping posture at this point is not changing.”

Dujarric also says that security at all UN missions around the world are assessed on a day to day basis as UN staff are increasingly targeted by extremists whether in Mali or elsewhere.

While the organisation has managed to broker a peace deal between the government and Taureg separatists after a coup in 2012, extremist elements linked to al Qaeda continue to undermine the peace gains in the country with attacks like the one on the Byblos Hotel.