You are here: Home / Europe / Situation in Libya: Beginning in Rome of tripartite meeting bringing together Algeria, Italy, Egypt 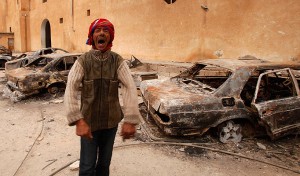 The works of the tripartite meeting devoted to the situation in Libya, bringing together Italian Minister of Foreign Affairs Paolo Gentiloni, Egyptian FM Saleh Shoukry and Minister for Maghreb and African Affairs Abdelkader Messahel, started Wednesday in Rome, wrote aps.dz .

The political consultations between the three parties will also focus on the situation in the region and the fight against terrorism.

Messahel had consultation meetings on March 8th in Cairo with Shoukry, and with Gentiloni on the 18th of the same month in Rome.

These meetings are part of the efforts, notably Algeria’s, aimed at promoting a political solution to the crisis in Libya, through an inclusive inter-Libyan dialogue, with the exception of terrorist groups recognized as such.

Algeria’s efforts also focus on the search of a solution guaranteeing the Libyan people’s sovereignty and cohesion to allow a more effective fight against terrorism.