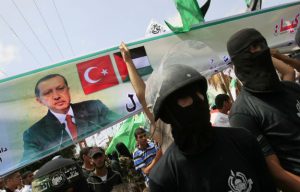 The Shin Bet (Israel Security Agency) and Defense Ministry announced on Monday that they have blocked the transfer of more than $100,000 worth of Turkish merchandise and money intended to fund Hamas, like reported by jpost.com.

The operation was carried out by the National Bureau for Counter Terror Financing in the ministry, the Shin Bet and the Customs Authority.

Defense Minister Benny Gantz signed seizure orders on $121,000 worth of merchandise and money, transferred via commercial companies by Hamas members in Turkey to Hamas terrorists in the West Bank.

“We will continue to be relentless on terror and track down its infrastructure anywhere it exists – in Israel or beyond,” Gantz said following the operation.
In December, Gantz signed an order to seize $4 million that Iran transferred to Hamas in the Gaza Strip.

The money was intended to develop Hamas’s terrorist infrastructure in Gaza, including the production of weapons and paying salaries to terrorists, the Defense Ministry then said in a press release.

The source of the funds is the Iranian regime, which continues to act against the State of Israel, the ministry added.