You are here: Home / West Asia / Shahab al-Muhajir is the new leader of Islamic State-Khorasan province 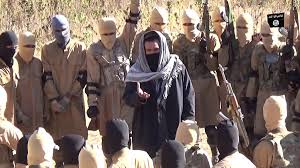 Following leadership losses, defections, and operational setbacks, the Islamic State’s Afghanistan-based affiliate, the Islamic State in Khorasan Province (ISKP), appears to be struggling in Afghanistan. But the remnants of ISKP are trying to reconstitute the group. Recently, ISKP appointed Shahab al-Muhajir as its new regional chief. According to multiple sources, the newly appointed head of ISKP is an Arab from the Middle East who was previously with al-Qaeda in the Afghanistan-Pakistan region. Muhajir’s promotion marks the first time that an individual from outside South Asia has been appointed as the top leader of the Islamic State’s franchise in the region, which could have significant implications for the group, like reported by lawfareblog.com.

Muhajir’s appointment has been shrouded in mystery, and ISKP has done little to demystify it. In May, the U.N. Security Council’s Sanction Monitoring Team reported that Syrian national Abu Muhammad Saeed Khurasani was most likely to become the new leader of ISKP. Then, in June, Afghan journalist Bilal Sarwary reported that Muhajir had been named the new leader of ISKP. Khurasani and Muhajir might well be the same person; as Asfandyar Ali Mir, an expert on jihadism in South Asia at Stanford University, has noted, it is common for foreign jihadists to have multiple pseudonyms for security reasons. The Islamic State’s department of far-away provinces and ISKP’s media outlet, al-Milat Media, confirmed that Muhajir was the new chief of ISKP in July but didn’t provide a photograph or any other biographical details. Al-Milat released a recorded audio message written by Muhajir and read in Pashto by ISKP’s spokesman, Sultan Aziz Azzam, addressing ISKP members in Afghanistan.

Muhajir’s message added to the mystery about his identity but also might contain some clues. One possible explanation for having Azzam read his message is that Muhajir might not be fluent in the local languages of Afghanistan, such as Pashto and Dari, and requires a translator to communicate to the group’s base. If so, that lends credence to the claims in the U.N. Security Council report and from Bilal Sarwary that the new head of ISKP is an Arab, possibly from Syria or Iraq. The other possibility is that ISKP is hiding all details about its new leader in a bid to protect him, as he is likely to be targeted not only by the U.S. and Afghan governments but also by the Afghan Taliban.

The most significant question among analysts about Muhajir’s appointment has been about how his non-Afghan background will affect the organization and his ability to lead. Analysts with whom I have discussed the leadership transition believe the decision to appoint a non-Afghan as the chief of ISKP will further undermine the group. Amira Jadoon, a professor at West Point, argues that the appointment will not be accepted by the Afghan rank-and-file of the organization. Similarly, Borhan Osman, a senior consultant for International Crisis Group, believes that an Arab with little or no familiarity with the territory, culture and language of Afghanistan will struggle to lead the group.

Jadoon’s and Osman’s arguments align with the historical record of leadership dynamics of jihadist groups in Afghanistan, going as far back as the anti-Soviet jihad. Since then, non-Afghans have generally not been made leaders of armed groups comprising Afghans. The most prominent example is the Palestinian jihadist leader Shaikh Abdullah Azzam. Despite enjoying immense status among major Afghan jihadist groups, he struggled to establish himself as the leader of Afghan jihadists during the 1980s.

At the same time, given the peculiar internal politics of ISKP, there are at least three reasons why a non-Afghan with ties to the Middle East is better positioned to revive ISKP than someone with stronger local credentials. First, a non-Afghan is better positioned to deal with the internecine feuding among local factions, which has wrecked ISKP. Since its formation, ISKP has suffered from internal clashes regarding the ethnicities and nationalities of its leaders. These differences surfaced initially in the dispute between ISKP’s first chief, Hafiz Saeed Khan, and prominent Salafi leader Sheikh Abdul Rahim Muslim Dost. Dost refused to accept Saeed Khan’s leadership, apparently on the basis of policy issues, but his statements condemning Saeed Khan’s leadership demonstrated a clear dislike for his Pakistani background.

In comparison, Muhajir’s Arab ethnicity grants him unique advantages in the Afghan context. It carries a special premium in the jihadist communities of Afghanistan and Pakistan for historical reasons rooted in the anti-Soviet jihad. In addition to the prestige, it will also separate Muhajir from the ethnic and national conflicts that have affected Afghan and Pakistani officials in the organization. As a result, an Arab as the head of ISKP could enjoy unique authority in managing the group.

Second, Muhajir can leverage his networks in Iraq and Syria to energize ISKP. He can attract foreign fighters to Khorasan in a way that an Afghan or Pakistani leader could not. There are some reports that this process is already under way. According to the July 2020 U.N. Security Council Sanctions Committee report, two senior members of the Islamic State from the Middle East have arrived in Afghanistan recently.

Third, Muhajir can leverage his ties with al-Qaeda cadres to recruit from al-Qaeda’s organization in Afghanistan. This is likely to be on the minds of ISKP’s leadership, especially now, when some al-Qaeda leaders and personnel are concerned about the Taliban’s peace deal with the United States, which calls on the Taliban to repudiate the group. In the past, ISKP has had some success in poaching fighters away from al-Qaeda. From 2014 to 2017, many members of al-Qaeda, even some senior leaders, defected to ISKP. The peace deal may also prompt hard-line cadres in the Afghan Taliban to defect to other organizations, and a group headed by an Arab and former veteran of al-Qaeda is likely to be an attractive choice over rivals whose leaders’ ethnic and national status is a source of internal conflict.

ISKP continues to engage in violence in Afghanistan. Despite losses of territory, it has conducted major attacks in Kabul and Nangarhar. In August, ISKP conducted its largest attack yet, a coordinated assault targeting the central prison in Nangarhar province. ISKP spokesman Sultan Aziz Azzam claimed the attack was directed by Muhajir. The ISKP’s statements about the attack seem designed to burnish Muhajir’s credentials as an effective leader and to signal to other jihadist groups that he means business. Despite the group’s constraints, it is premature to write off ISKP. The group and its new leader pose an enduring threat to peace and stability of Afghanistan.