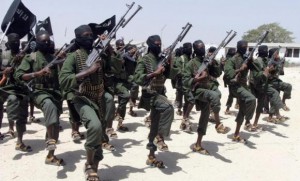 Al-Shabab militants seized control of two towns over two days in southwestern Somalia, a spokesman for the group and local officials said on Saturday, less than a week after its fighters attacked an African Union base in the same area.

Al-Shabab said it had seized two small towns in the Lower Shabelle region — El Saliindi, 65 km south of Mogadishu en route to the port town of Marka, and Kuntuwarey, on the road between the capital and the port of Barawe.
The militant group, which is seeking to overthrow the Western-backed government in Somalia, stages regular attacks on the AU-led peacekeeping force and on Somali officials as the country struggles to rebuild after more than two decades of chaos.
Ali Nur, the acting governor of Lower Shabelle, confirmed the towns had been captured.
“It is sad to say al Shabab has taken El Saliindi. AU forces withdrew and al Shabab now controls it,” said Nur, adding that Kuntuwarey had been seized on Friday.
Also on Saturday, the militants attacked an African Union convoy outside Marka, claiming they killed several soldiers in the attack. But a local official said the death toll had not been determined.
“A roadside bomb targeted an AU vehicle as the AU convoy passed in the outskirts of Marka today. We do not know details about casualties,” said Nur.
The AU peacekeeping force, known as AMISOM, could not immediately be reached for comment. On Sept. 1, Al-Shabab stormed an African Union base about 90 km (55 miles) south of Mogadishu, killing at least 12 Ugandan soldiers who served as African Union peacekeepers.
Al-Shabab, which often exaggerates the success of its attacks, claimed it had killed 70 people in the assault, which came roughly a year after Al-Shabab leader Ahmed Abdi Godane was killed in a US air strike.
The militants were pushed out of Mogadishu by African Union peacekeeping forces in 2011.