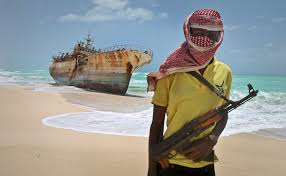 ‘Seychelles will host the Regional Maritime Centre for Operational Coordination, which is the response mechanism for the East and southern Africa and the Indian Ocean Region under the Maritime Security Programme which targets all forms of maritime threats‘ said President Danny Faure at the African Union Summit in Addis Ababa as he appreciated how his peers from across Africa had taken notice of the Seychelles contribution to ocean security and safety for shipping.

Seychelles was the first country taking the fight to the Somali ocean terrorists when they become the scourge of the Indian Ocean and successfully staged several rescue missions after the pirates had taken Seychellois fishing vessels. It was also the Seychelles government at the time which proposed and later implemented that both commercial vessels and cruise ships carry a contingent of armed guards which proved successful in repelling raids by the terrorists at the time.

Seychelles is well equipped to continue dealing with maritime threats across the country’s vast economic exclusion zone through surveillance aircraft and a strengthened coast guards and navy as as such ideally placed to host the new institution in the capital Victoria.

Speaking at the 28th Ordinary Session of the African union (AU) President Danny Faure described the implementation of the Lusaka Master Roadmap as an enabler of the economic integration of Africa.

These two reports laid out the multiple challenges Africa face with regards to peace and security along with the various initiatives taken to surmount these. The Lusaka Master Roadmap for Silencing the Guns in Africa by 2020 and the Africa Special Fund on Prevention and Combating Violent Extremism and Terrorism are two examples of these collective efforts.

In his intervention, President Faure noted that as a mechanism geared at making Africa conflict-free, the Lusaka Master Roadmap offers the Africa continent the opportunity to lock-in its economic integration. He underlined the critical importance of peace and security for development by describing it as the bedrock of the latter.