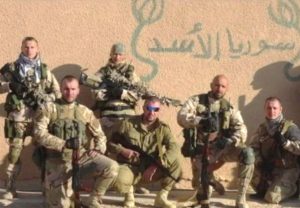 The Russian Foreign Ministry said on Tuesday that several dozen Russian citizens and citizens of other countries in the former Soviet space had been wounded in recent clashes in Syria and were being treated in Russian hospitals, like reported by reuters.com.

Sources told Reuters last week that as many as 300 men working for a Kremlin-linked private military contractor had been either killed or injured fighting in Syria earlier in February in a clash with the U.S.-led coalition.

The incident showed Moscow was more deeply involved in Syria militarily than it has said, and risked being drawn into direct confrontation with the United States there.

The Foreign Ministry had previously said that five Russians nationals may have been killed in the same clash and dismissed media reports of a higher death toll as “disinformation”.

On Tuesday, it provided more detail.

“During a recent military clash, in which servicemen from the Russian Federation did not participate in any way… citizens from Russia and CIS (former Soviet) countries died,” the ministry said in a statement. “There were also about several dozen wounded.”

It said that the wounded had been helped to return to Russia where they were being treated in various medical institutions.

“As has already been noted, there are Russian citizens in Syria who have travelled there on their own initiative and with different aims,” the ministry said.

“It is not the place of the Foreign Ministry to assess the legality and legitimacy of their decisions.”