You are here: Home / Senza categoria / Seven reasons disaffected youth answer the IS call to war 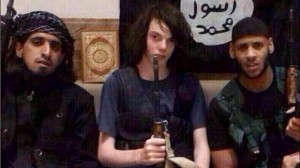 The internet and social media must be at the heart of a response to teenage radicalisation.

The 17-year-old was last seen boarding a train to go to fight abroad. Much later, he said: “My politics were driven by emotion. That’s how you see the world at 17. It’s all black and white.” An 18-year-old Briton also left home to fight, but was killed and so could not tell us his reasons for going. The latter was Abdullah Deghayes. The former was Alfred Sherman, knighted co-founder (with Margaret Thatcher) of the Centre for Policy Studies. His war was in Spain, not Syria, and the year he left was 1937, not 2015.

The motives of those two teenagers were similar: zealous commitment to a world-changing ideology; a sense of unjust persecution of fellow believers; a desire for action to fight that injustice; the smell of adventure; the intoxication of common purpose and the camaraderie that goes with it; the heady pleasure of rebelling; and a glorious sense of purpose, which the young mind craves so much – all bathed in the adolescent delusion of immortality.

These are elements of a story that has been told in every country since human civilisation began; it is a story of teenagers shedding their child identities and embarking on the painful task of growing new adult skins.

So, should we relax and accept as an inevitable part of the human experience the flight of hundreds of young people to the ranks of Islamic State? No, because while Sherman and Deghayes had much in common, there are seven major differences that make today’s problems far greater than those of 1937. Some phenomena are new; some are old, but have been amplified by the internet.

1. Multiculturalism. Sherman and his comrades had no doubt they were “British” as well as socialist, communist or Marxist. A label such as “Marxist” is not exclusive, allowing one to be both British and Marxist. The evidence is that such shared superordinate identities reduce intergroup hatred. In 2015, people can feel no shared identity with neighbours, because they are living in totally different virtual worlds of internet and satellite TV. This can degrade the common identity arising from physical proximity.

2. Them and us. The stronger the in-group feelings, the more inclined you are to dehumanise members of the out-group. Teenagers crave a sense of belonging, because their uncertain role in the world can make them anxious: the clarity offered by a politically evangelical movement can be the strongest of anxiety-reducing drugs.

3. Mass-marketing technologies. Advertisers and propagandists alike know that emotions are the gateway to influence. In 1937, the techniques of mass manipulation of emotions had not been developed; now they are deployed by jihadi groups with professional skill and personally targeted using the very latest methods of digital marketing into the homes of anxious young men and women with conflicted identities.

4. Off-the-shelf comrades. You had to work hard in 1937 to find like-minded comrades willing to leave home to fight in a foreign land. In 2015, you can assemble a group in minutes without leaving your bedroom. Peer groups are the greatest influence on what teenagers do and think, and social media can cement them into homogenous cells where no dissenting view on the world can break through.

5. Web anonymity. This lets you do things that are out of character. Mouthing a slogan actually changes your attitudes, because of a mental phenomenon called “cognitive dissonance”, where the mind strives for consistency between what you do and what you believe.

6. Rebellion. Teenagers like to rebel as part of their struggle to create their own identity. Muslim teenagers find it difficult to rebel against their communities using the sex, drugs and rock-and-roll techniques beloved of non-Muslim teenagers. Glamourous jihadism offers a “safer” and culturally more intelligible outlet for teenage rebellion.

7. Pornography. Films of IS beheadings are examples of a corrupting pornography, that, like its sexual equivalent, binds people to a degraded fetish that distorts and dehumanises. The still-developing teenage brain is particularly sensitive to the corrosion of such images.

So what is to be done? The internet and social media must be at the heart of a response to teenage radicalisation. But this will have to be seen as coming from the bottom up, if it is not just to become something else to rebel against. And any “positive propaganda” has to be as polished and professional as the films on the jihadi websites.

We also have to build plural identities – make people feel British, or Australian, or American, or Swedish, as well as Muslim – and for positive reasons: anti-immigrant rhetoric is among the most effective recruiting sergeants for the jihadi movement.

Finally, 24-hour news channels must stop disseminating the pornography of violence and glamourising the nihilism it represents.