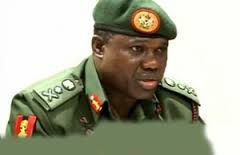 This is in line with the directive by President Muhammadu Buhari that the Military Command and Control Centre for Counter-insurgency (MCCC) operation be moved to Borno State.

Speaking to journalists shortly after arriving Maiduguri yesterday, the service chiefs said the development was beginning of the end of Boko Haram.

“There will be change now and Nigerians should expect tremendous improvement in our fight against insurgents and terrorists,” Amosu said.

“The time we’ve lost, we’re closing up. There is always going to be change except that we still have some administrative issues that we have to attend to in Abuja and other parts of the country but Mr. President is determined to end this operation within a short time.”

Amosu, who also addressed men and officers of the Nigerian Air force at the 79 Composite Group of the force in Maiduguri, said the Military Command and control centre was essentially a process of authority.
“In the armed forces generally, we’re operating on the concept of centralised control and the execution is often decentralised and domiciled where the operations are taking place,” he stated.

Speaking, Minimah said the movement of the MCCC was to further add impetus to the fight against Boko Haram.

“We’re highly optimistic that this time around, we will end the security challenge,” he added.

“The military is our institution and we cannot sacrifice it for individual sentiments.

He urged Nigerians and people in the North East as well as the media to continue to support the military.