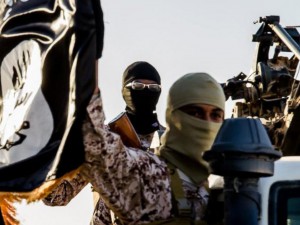 Several senior commanders from the so-called Islamic State have moved to Libya from Iraq and Syria in recent months, according to a top Libyan intelligence official.

The official told BBC Newsnight that increasing numbers of foreign fighters had arrived in the city of Sirte. Representatives from 23 countries, including the U.S. and UK, met in Rome on Tuesday, Feb 2, to discuss the growing threat from Islamic State (IS) in Libya.

Disagreements between rival administrations in the country have hampered efforts to fight IS.

Islamic State took control of the city of Sirte last year. Sirte was the hometown of the former Libyan leader Muammar Gaddafi. The Islamist group is believed to have received support from some loyalists of the former regime.

But Ismail Shukri, the head of intelligence in the city of Misrata, told Newsnight there had been an influx of foreign fighters in recent months.

“The majority [of IS fighters in Sirte] are foreigners, around 70%. Most of them are Tunisians, followed by Egyptians, Sudanese and a few Algerians. Add to that the Iraqis and the Syrians. Most of the Iraqis come from Saddam Hussein’s disbanded army,” he said.

Shukri said senior IS commanders were taking refuge in Libya, under pressure from international airstrikes in Iraq and Syria. “Some of their members, especially those with long-term importance to IS, are taking refuge here. They view Libya as a safe haven.”

Authorities in Misrata say they are preparing an offensive against Islamic State militants in Sirte. But in the town of Abugrein, 120km (75 miles) south of Misrata, the BBC saw little evidence of an imminent confrontation.

Abugrein represents the final line of defense against IS. Beyond that, IS controls the road east.

Commanders in Abugrein told Newsnight that their forces, loyal to the government in Tripoli, numbered around 1,400 – less than half the estimated strength of IS.

Mohammed al-Bayoudi, a commander with Battalion 166, acknowledged that, without international help, they would not be able to defeat IS.

“Certainly we would welcome NATO support. But air strikes alone cannot defeat IS. What the army really needs is logistical support,” Shukri said.

The prospect of international military involvement in Libya is a vexed topic. The United States has acknowledged that it has sent in small numbers of special forces on at least one occasion in recent weeks.

Similar groups from other NATO countries are also understood to be exploring potential local allies on the ground for a looming battle with IS.

But fighters in Abugrein said they did not want to see Western boots on the ground.

“We Libyans will fight. There is no need for foreign troops,” said al-Bayoudi.

Western governments, including the UK, are becoming increasingly concerned, and impatient.

A proposed Italian-led training force, with up to 6,000 troops from a number of NATO countries including the UK and France, has yet to be agreed.

A major stumbling block is a lack of consensus from Libya’s rival parliaments. A UN-brokered deal to create a unity government has stalled, amid opposition from both the Islamist-backed authorities in Tripoli and the internationally recognized government in Tobruk in the east.