You are here: Home / MidEastGulf / Senior ISIS Commander Abu Anas killed by Iraqi woman for forcing her into sex slavery 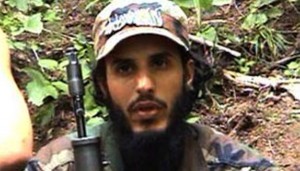 An Iraqi woman killed a senior commander of the Islamic State group for having forced her into sex slavery. The incident took place Saturday in the Tal Roman district, west of Mosul.

The commander was known as Abu Anas, who had forced the woman to get married to a number of men under his command. Kurdistan Democratic Party spokesman Saeed Mamouzini told al-Sumaria TV that the woman killed the commander three months after she had been forced to sex slavery.

According to Russia Today, some believe that the woman belongs to the Yazidi-Kurdish minority. It is unclear how the woman killed the commander and what happened to her after committing the murder.

According to reports, ISIS militants executed 19 women in July and 15 women in August after they had refused to get married to the militants. According to The Mirror 5,270 Yazidis, a religious minority in Iraq and Syria, had been abducted in 2014. ISIS still has more than 3,000 hostages, according to community figures.

An earlier report suggested that ISIS mastermind Abu Bakr al-Baghdadi had given a direct order to transport an unspecified number of “non-Iraqi” women into Mosul so that they could be used as sex slaves.

ISIS took control of Mosul in June 2014 and established a number of sex slave markets in the second largest city in Iraq. They often strip women naked in auctions, and the highest bidder buys the woman as a sex slave.

The United Nations official special envoy Zainab Bangur earlier revealed that a Yazidi woman had to restore her virginity 20 times by repairing her hymen before getting married to ISIS militants.

In 2014, the militant group released a pamphlet claiming that militants were allowed to have sex with Yazidi women, especially with those who were virgins. In case the woman is not a virgin, she has to “purify” her uterus before having sex, the pamphlet said.