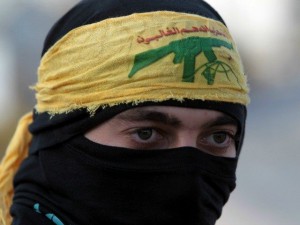 Although Moscow agrees with the United States’ defining some organizations operating in Syria as terrorist groups, Russia is “not even discussing Hezbollah and Hamas with the Americans,” Russia’s Deputy Foreign Minister Gennady Gatilov reportedly told the Interfax news agency.

“Russian officials have said repeatedly that Hamas and Hezbollah, which are allies of Syrian President Bashar Assad, will not be recognized as terrorist organizations by Moscow,” noted JTA. “These groups or some of their sections are listed as such by the European Union, the United States, Canada, Australia and New Zealand, among other nations.”

Despite their sectarian differences, Iran-backed Hamas and Hezbollah have been long-time allies, born of a common struggle against Israel. However, the Syrian civil war has broken their relationship, with the two organizations supporting opposing sides in the conflict.

Iran, its proxy actor Hezbollah, and now Russia have fought for the Assad regime. Moscow’s airstrikes have been accused of targeting U.S.-backed Syrian rebels.

Meanwhile, Hamas has thrown its support to the anti-Assad rebels and formed deeper ties with the Sunni Islamist powers in the region. As a result of its support for the Assad opposition, Hamas has conceded that its relations with financial backer Iran have suffered.

A report published last month by The Washington Institute for Near East Policy, written by Israeli researchers Nadav Pollak and Brig. Gen. Muni Katz, revealed that “working alongside Russian forces will likely enhance the [Hezbollah] group’s ongoing shift toward a more offensive-minded strategy, with significant implications for the planning and conduct of any future conflicts against Israel.”

“For the first time in its history, Hezbollah is conducting offensive maneuver warfare as part of its operations in Syria,” it adds. “The Russian intervention is only enhancing that experience, likely giving the group important lessons for future conflicts.”

Brig. Gen. Katz has reportedly served in many senior officer positions within the IDF. Until last summer, he was the commander of the 91st (or Northern Galilee) Division, responsible for Israel’s border with Lebanon border and would be on the front lines against a confrontation with Hezbollah, in the event of another conflict. Pollak served as a former Israeli military intelligence officer.

Last week, The Daily Beast reported that it learned from “Lebanese Hezbollah field commanders with troops fighting in Syria … [that] they are receiving heavy weapons directly from Russia with no strings attached.” It added, “The commanders say there is a relationship of complete coordination between the Assad regime in Damascus, Iran, Hezbollah, and Russia. At the same time they say the direct interdependence between Russia and Hezbollah is increasing.”

The commanders opted to use noms de guerre because they are not authorized to speak to the media.

One of the commanders, in charge of five units in Syria (an estimated 200 troops), identified himself as Bakr, and reportedly chuckled when he said his pseudonym intentionally mocks Abu Bakr al-Baghdadi, the self-appointed “Caliph” of the Islamic State (ISIS/ISIL).

The other commander called himself “Assir,” described as a Hezbollah recruiter and trainer in Lebanon who also commands a Special Forces unit that fights in Syria.

“Hezbollah is teaching the Syrian army how to use many of these new weapons,” Assir reportedly said, adding that “Moscow hasn’t placed any restriction on how Hezbollah can use the Russian arms in its possession, including against Israel if the organization deems it necessary.”

“When it comes to Israel, Hezbollah doesn’t take directions from anyone,” he stressed.

“But it is not clear that he is in a senior enough position to know what secret agreements have been made,” notes The Daily Beast, adding, “Russian officials did not respond to The Daily Beast’s requests for comment about having troops on the ground in Syria or their relationship with Hezbollah. The organization’s main office refused to comment.”