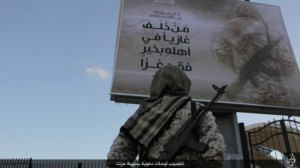 Malta’s Security Service (MSS) has declared that the threat of instability in North Africa and the establishment of Islamic State in Libya is a “real threat that is continually spreading, growing and evolving.”

In its annual report tabled in the House of Representatives, MSS acting chief Joseph Bugeja said that with peace in Libya dead-legged by the continuous fighting between rival militias and contenders, the vacuum of power made it possible for Islamic State (ISIS) to spread its so called caliphate in the country.

“Few could have predicted that the situation would escalate to this point, with such speed, despite knowing the instability and danger in Libya,” Bugeja said.

He said ISIS in Libya, where they have taken Sirte and Derna, were now in an ideal situation to exploit the political fracture inside the country.

“The ISIS threat is closer to our shores than what could have been expected. Together with the human trafficking from Libya coasts, this phenomenon shows how ISIS members could use the same illegal methods to infiltrate Europe, as well as to finance their own criminal actions.”

Bugeja said that claims that ISIS militants had infiltrated a stream of irregular migrants to Malta were never proven, but that the MSS remains vigilant on this matter.

“We have been active in identifying signs of extremism in Malta,” Bugeja said.

“The MSS has to be especially prepared for what is happening in Libya and the region. It must try and establish whether there is any threat or danger in Malta.”

Islamic State militants were already claimed to be planning a takeover of Libya as a “gateway” to wage war across southern Europe when Quilliam – a British anti-extremist group that describes itself as the “world’s first counter-extremism think tank” – translated recruitment propaganda from a jihadist targeting adherents. According to the dossier, Islamic State jihadists want to flood Libya with militiamen from Syria and Iraq, and then sail across the Mediterranean. The recruiter claims that militiamen should exploit human trafficking passageways as a means of gaining entry into Europe.

“The problem Europe will have to face in the near future is the return of fighters from Syria and Iraq who fought alongside ISIS and Jabrat Al Nusra… on the other hand we cannot ignore lone wolves and sleeping cells, hailing directly from ISIS in Iraq,” Bugeja said.