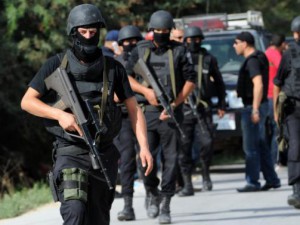 Tunisian officials Monday announced their security personnel foiled an attempt by a terrorist group to infiltrate into the country from across its border with Algeria.

A Tunisian News Agency report quoting Tunisian National Guard Brigadier Khalifa Al Shibani, said security forces thwarted the one group of terrorists attempting to enter into Tunisia via the port while another group was caught last night trying to sneak in through Umm al ‘Arhis town in the Gafsa governorate.

The group tried to ambush forces returning to Patrol Centre headquarters of the centre, however, the forces quelled the group in the gun-battle which compelled them to flee, he said.

The gun-battle lasted over 20 minutes and there were no casualties among the National Guard, he added.