You are here: Home / Europe / Security fears over return of foreign fighters

The military onslaught against so-called Islamic State in Syria is likely to result in increasing numbers of foreign fighters returning to their home countries, according to the Government’s draft risk report, like reported by irishexaminer.com 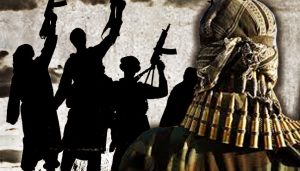 More than 30 Irish citizens are known to have travelled to war zones in the Middle East and Libya. Some five are thought to have died, including one fighting for IS.

The Draft National Risk Assessment 2017 said that the experience of other European countries showed that the terrorist threat level can “escalate rapidly”.

The report also warns of a “significant risk of negative consequences” if Irish society failed to maintain cohesion as second and third generation migrant communities emerge.

The document said that given Ireland was home for a large number of international data centres meant that a serious cyber-attack could have a particularly damaging impact.

And the report said there was a myriad of security concerns relating to Brexit, with the future of the European Arrest Warrant of “greatest concern”.

The report said the weakening of IS in Syria was “likely to see an increase” in the numbers of foreign terrorist fighters returning to their home countries who “may pose a terrorist threat”.

It said the recent “low-tech or lone actor” attacks in London and Manchester were “particularly difficult for the authorities to detect and disrupt”.

The report said exploring new modi operandi was considered a hallmark of IS and that those currently used in Syria could be exported to Europe, with future attacks “possibly involving car bombs, extortion and kidnapping”.

It said the challenging nature of the threat highlighted the need for continued co-operation among partner states.

It said that the experience in other European countries showed that levels of threat from terrorism “can escalate rapidly” and the source and intensity of that threat could differ.

Ireland’s terror threat is currently rated at moderate, meaning an attack is possible but not likely. It is the second of five stages.

The report added: “It is important to consider the possibility of terrorist groups resorting to cyber measures to advance their aims by, for example, launching an attack on and disrupting critical information infrastructure and networks.”

The report said there had been a 139% increase since 2012 in the number of foreign nationals in Ireland and that they now comprise 17% of the population.

It said this had happened without any of the “upheaval” that has occurred in other countries.

But it warned: “Failure to maintain this level of cohesion, especially as second and third generation migrant communities emerge, represents a significant risk of negative consequences similar to those experienced by other countries.”

On the security ramifications of Brexit, the report said of “greatest concern” was the European Arrest Warrant, which, it said, provided “a vastly more effective extradition mechanism than previously existed”.

It said it was also concerned about the future of the Mutual Legal Assistance, Europol, the police aspects of the Schengen Information System, the Prum system for the exchange of fingerprints, DNA and car registration data, the European Criminal Record Information System and the Passenger Name Record Directive.