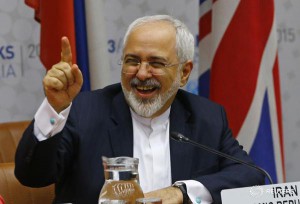 Despite statements to the contrary by Secretary of State John Kerry, the United States could access the secret agreements between Iran and the International Atomic Energy Agency (IAEA) if it wanted to, a former IAEA executive told Armin Rosen of Business Insider today.

When pressed by legislators in congressional hearings, Kerry has insisted that the United States cannot access these agreements. But former IAEA Deputy Director-General Olli Heinonen said that this was not the case.

“According to the IAEA rules and practices such documents could be made available to the Members of the IAEA Board,” Olli Heinonen, a senior fellow at Harvard University’s Belfer Center for Science and International Affairs and the IAEA’s former Deputy Director-General for Safeguards, wrote to Business Insider in an email. …

In one scenario, Iran would agree to divulge the documents: “Iran can make it available by asking to distribute it as an [Information Circular] document to all IAEA member states as they did with the 2007 Work Plan,” Heinonen explained, referring to a publicly available agreement between the IAEA and Iran on nuclear safeguards.

US diplomats could also view these side agreements if a member state of the IAEA’s 35-member Board of Governors requests their distribution.

The United States is one of the 35 countries represented on the Board of Governors.

According to Rosen, the signing of the roadmap for Iran’s explaining its past illicit nuclear work “could conceivably have been made contingent on Iran’s willingness to distribute the entirety of the agreement.” But Iran refused to agree to this, leading even supporters of the deal to acknowledge “that the roadmap was settled on terms favorable to Tehran.” For example, the IAEA used “Iranian language” to describing how Iran would resolve issues about disclosing its nuclear research. Rosen quoted a nonproliferation expert who favored the deal acknowledging that “you’re never going to have many of these questions fully resolved.”