You are here: Home / MidEastGulf / Saudi troops die in strikes 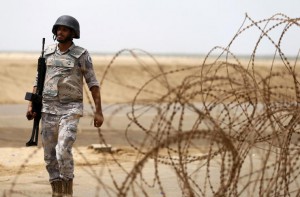 A National Guard soldier and another from the Border Guard force were killed in the attack in Asir border region, the coalition said in a statement carried by the official Saudi Press Agency.

Two other border guards died in a missile strike on the same area in late May.