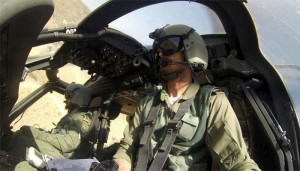 Saudi Arabia has asked Pakistan to contribute aircraft, ships and ground troops to its coalition fighting rebels in Yemen, the Pakistani defence minister said Monday according to Gulf Times.
Khawaja Asif spoke at the start of a special parliamentary debate on whether to join the Saudi-led military intervention against Shiite Huthi rebels trying to overthrow President Abedrabbo Mansour Hadi.
Iranian Foreign Minister Mohammad Javad Zarif is due to visit Islamabad on Wednesday to discuss the situation, Asif said.
Shiite Iran has strongly criticised the intervention in Yemen by the coalition of largely Sunni Muslim nations, accusing Saudi Arabia of sowing instability with its air campaign.
Despite close and longstanding relations with Riyadh, Pakistan has so far held back from joining the fight, calling for a negotiated settlement and saying it does not want to get involved in any conflict that would inflame sectarian tensions.
Prime Minister Nawaz Sharif announced the special session of parliament last week, saying any decision on intervention could only come after proper debate.
Asif was part of a high-level political and military delegation that visited Saudi Arabia last week to assess the situation.
He repeated the government’s position that Pakistan was ready to defend Saudi territorial integrity.
“There should be no ambiguity that if the security of Saudi territory is at stake Pakistan will stand by for support,” he told lawmakers.
“Saudi Arabia has requested us for aircraft, naval vessels and ground troops.”
Sharif visited Turkey on Friday for talks with his counterpart Ahmet Davutoglu aimed at finding a way to promote a peaceful resolution of the conflict.
The parliamentary debate — which Sharif missed as he was in talks with the visiting Sri Lankan president — is due to resume at 5:00 pm (1200 GMT).