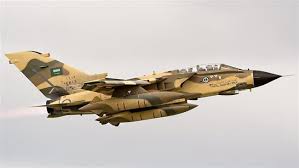 “More than five Saudi-led airstrikes targeted the Air Defense Base, the Coast Guards base and other military camps controlled by al-Qaida members near the port city of Mukalla, the provincial capital of Hadramout,” the local security official said on condition of anonymity.

“The fresh air bombings hit al-Qaida positions in the eastern parts of Mukalla, leaving dozens of terrorists killed and injured and at the scene,” the local source said.

However, a government official based in Hadramout said that there is no information yet whether the strikes were launched by warplanes of the Saudi-led coalition or by U.S. drones.

The Yemen-based al-Qaida in the Arabian Peninsula (AQAP) seized the coastal city of Mukalla and used several government compounds and military bases as training centers for new recruits.

Yemen, an impoverished Arab country, has been gripped by one of the most active regional al-Qaida insurgencies in the Middle East.

The AQAP, also known locally as Ansar al-Sharia, emerged in January 2009. It had claimed responsibility for a number of attacks on Yemen’s army and government institutions.

It took advantage of the current security vacuum and the ongoing civil war to expand its influence in Yemen’s southern regions.

Security in Yemen has deteriorated since March 2015, when war broke out between the Shiite Houthi group, supported by former President Ali Abdullash Saleh, and the government backed by a Saudi-led Arab coalition.

More than 6,000 people have been killed in ground battles and airstrikes since then, half of them civilians.