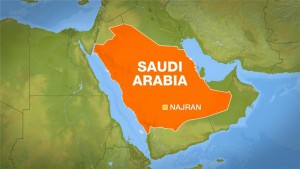 At least two worshipers were killed in the attack on the al-Mashhad mosque in the city of Najran close to the volatile Yemeni border, according to the Saudi Interior Ministry.

The Arabi21 news portal cited the ministry as saying the suicide bomber, named Abu Ishaq Jizani, entered the mosque at the end of evening prayers and detonated an explosive belt.

Najran is the stronghold of Saudi Arabia’s Ismaili minority, which faces threats from the Wahhabi majority that deems the sect as infidels.

Days earlier, 21 people were killed in another Shia mosque bombing in Eastern Province.

Groups claiming affiliation with IS said they carried out the earlier blasts and the Ashura shooting.

During Ashura last year, gunmen killed seven Shia worshippers, including children, in the eastern town of Al-Dalwa. The interior ministry said the suspects had links to IS.